You know, one man and one woman for life?

No, let’s just give more $$ to Planned Parenthood and other liberal organizations.  Their worldview worked really well so far.  See Scientists warn new strain of sexually transmitted disease could be ‘global health threat’.

A new strain of one of the most common sexually transmitted diseases has scientists warning that the “superbug” could cause a “future era of untreatable gonorrhea.”

Gonorrhea is a common bacterial sexually transmitted disease that can lead to pelvic inflammatory disease, ectopic pregnancy, and infertility in both men and women.  Often caused by promiscuous sexual activity, the infection usually goes undetected in women who can pass it on to their unborn child during pregnancy; in men, the disease is also often undiagnosed or undetected.  Left without treatment, Gonorrhea can become life threatening.

Yet, experts say they may not be able to cure the sexually transmitted infection in the future.  The most recent strain, dubbed “H041,” was discovered recently in Japan and has resisted typical antibiotics used to combat gonorrhea.

See Three Louisiana abortion clinics cited for failure to report child rape – Jill Stanek.  They had a host of irregularities, and I’m glad that the Louisiana authorities found them.

. . . So this abortion mill has NEVER reported ANY suspected child rapes to Louisiana authorities.

That is sickening.  What kind of monsters hide suspected child rapes?

Other findings at Causeway:

Uh, what happened to that sound bite about abortions being “safe?” The link has even more example of what these clinics did wrong.

Why are abortion mills persistently and perpetually found to neglect their patients, subjecting them to significant health and safety risks?

Because Democrats will do anything to avoid restricting abortions.

They would fit in well with the Planned Parenthood model, because PP hides rape on a regular basis.  They’ve been caught so many times over a period of years on audio and video.

The New Atheists spend money taking out ads explaining that you can be good without God.  So can you?  Sort of.  You just can’t rationally ground what “good” is, and you can’t meet God’s standard for good.  Other than that . . .

Enjoy this from Craig Hazen asks: “can atheists be good without God?” « Wintery Knight then read the whole thing:

Craig Hazen encourages Christians to challenge the New Atheists on their claims of being good without God (and claiming that God is a moral monster, too). How are they helping themselves to objective morality on atheism, so that these statements are more than just their personal opinions?

The primary technique the new atheists have adopted for dealing with the issue of the origin or grounding of the moral law is obfuscation. The new atheists are very fond of saying, “We don’t need God to be good.” Indeed, they often say that atheists, agnostics and skeptics often lead more wholesome lives than lifelong professing Christians. Now, theists should not be fooled by this. Our response should be, “Of course you don’t need God to be good — we’ve never claimed that you do.” You see, it is not knowledge (epistemology) of the moral law that is a problem — after all, the Bible teaches that this law is written on every human heart. Rather, the daunting problem for the new atheist is the nature and source (ontology) of the moral law. Here are some questions you can ask Richard Dawkins the next time you sit next to him on a bus:

• If everything ultimately must be explained by the laws of physics and chemistry, help me understand what a moral value is (does it have mass, occupy space, hold a charge, have wavelength)?

• How did matter, energy, time and chance result in a set of objective moral values? Did the big bang really spew forth “love your enemy?” If so, you have to help me understand that.

• What makes your moral standard more than a subjective opinion or personal preference? What makes it truly binding or obligatory? Why can’t I just ignore it? Won’t our end be the same (death and the grave) either way?

The old atheists did not want to have to face questions like these, so they simply denied the reality of objective moral values. The new atheists have thrown the door open. Let’s not make it easy for them. Let’s ask the hard questions in a winsome and engaging way.

In 2007, the United States government imposed a new federal minimum wage on American Samoa and the Commonwealth of Northern Mariana Islands (CNMI.) While this increase was well intended—a response to the islanders’ wages being lower than that of their mainland counterparts—the results have been nothing less than devastating.

According to a new report from the United States General Accountability Office (GAO), the 19 percent decline in employment in the workforce that American Samoa has experienced since 2008 was in large part the result of imposing minimum hourly wages across various industries. … Official statistics may not tell the whole story. In a June 24 interview with Samoa News, Governor Togiola Tulafono of American Samoa said the GAO report “does not capture or convey the magnitude of the economic disaster that has befallen American Samoa.” For one thing, the current unemployment rate is fast approaching 25 percent.

One of the most rewarding and life-changing habits is to read some of the Bible every day.  If you aren’t in the habit, start today.   Jesus recommends it.

Matthew 4:4 Jesus answered, “It is written: ‘Man does not live on bread alone, but on every word that comes from the mouth of God.’ “

I saw these J.C. Ryle quotes at Sola Sisters: Is The Bible The Word of God?

❝Is the Bible the Word of God? Then mind that you do not neglect it. Read it! Begin to read it this very day. What greater insult to God can a man be guilty of than to refuse to read the letter God sends him from heaven? Oh, be sure, if you will not read your Bible, you are in fearful danger of losing your soul!

Is the Bible the Word of God? Then be sure you always read it with deep reverence. Say to your soul, whenever you open the Bible, “O my soul, you are going to read a message from God!”

Is the Bible the Word of God? Then be sure you never read it without fervent prayer for the help and teaching of the Holy Spirit. Humble prayer will throw more light on your Bible than any commentary that ever was written. You will not understand it unless your heart is right. You will find it a sealed book without the teaching of the Holy Spirit. Its contents are often “hidden from the wise and learned, and revealed to babes.”

Is the Bible the Word of God? Then let us all resolve from this day forward to prize the Bible more. God has given us the Bible to be a light to guide us to everlasting life. Let us not neglect this precious gift. Let us read it diligently, and walk in its light.❞

I don’t think one has to view the Bible as inerrant, infallible and inspired to be saved, but the Bible is all those things.  And it is so much more enjoyable to read it knowing that.  The Dalmatian Theologians, who claim that the Bible is only inspired in spots and that they are inspired to spot the spots, have to judge each verse to “know” what God really said.  How sad for them.

It is one or the other.

James 4: 4 You adulterous people, don’t you know that friendship with the world is hatred toward God? Anyone who chooses to be a friend of the world becomes an enemy of God.

If your church teaches otherwise, it isn’t a church.  Jesus is the only way to salvation. 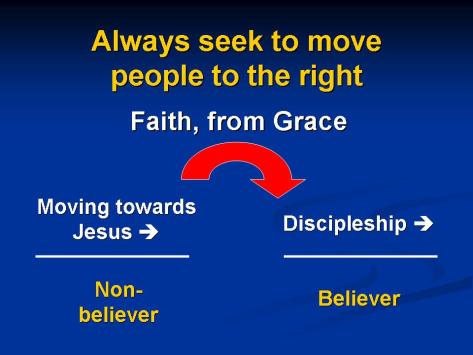 There are a few possible upsides to Obama’s threat that Social Security checks won’t go out if Congress doesn’t increase the debt ceiling.

But if there is a trust fund, how could the budget debate have any impact on Social Security payments, especially short term ones?  Hmmmm . . . maybe there isn’t a trust fund after all!

2. If our country’s financial status is so precarious — and it is — then perhaps the Left should be taking the whole “spend less / borrow less” themes more seriously.  Obama’s threat that we’re that low on funds is more proof that we need to do something significant about our finances.

3. Hopefully the independent voters will realize what a pathetic scare tactic it is and be further turned off by Obama.

I enjoyed this post at Pyromaniacs: (Less) tersely put: omniscience and certainty revisited, where the subject of certainty was discussed.  I hope you read it all.  Many theological liberal / “emergent” types are ironically certain that we can’t be certain about things.  But there are core things about God that a professed believer could only miss by trying very hard.  And oh, how they do try to miss them!

Christians begin with the confession that they (1) do not possess omniscience, but (2) are by grace confidants of the only one who does possess it.

Thus Christians alone not only can be, but are obliged to be, humbly certain.

“Thus Christians alone not only can be, but are obliged to be, humbly certain.” The Christian, insofar as he actually practices the faith he professes, necessarily affirms the inerrancy of Scripture as the very word of God. In so doing, he claims to possess a revelation from the only one who actually does know and understand absolutely everything that exists, since He is the Creator of absolutely everything that  exists.

Ironically, however, there are those who (A) claim to be Christian, but (B) choose to feign uncertainty on unpopular issues where the Bible is pretty clear.

These are not murky penumbras, but clear doctrines. Not that a devoted opponent cannot fabricate some murk; it is axiomatic that great distance from the Word necessarily creates greater murkiness (Isa. 8:20). Any clear statement can be smudged… including this one. But the professed believer who adopts a pose of tentativeness on such issues is in the precise-reverse position of the unbeliever who adopts the pose of certitude.

If you come across “leaders” whose message is that you shouldn’t be certain, then you can be certain about one thing: You shouldn’t follow them.

Via Video: Liberals Love Free Speech Like Fish Love Bicycles | Verum Serum — Here are the stats on what the book lovers wanted banned: 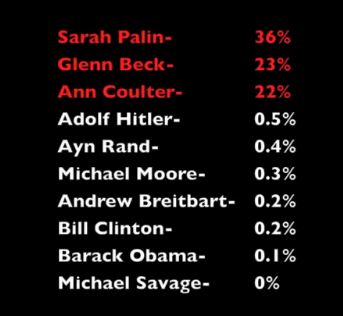 Yep, they find Palin, Beck and Coulter worse than Hitler.