I am so grateful to God that I married young and married well.  The world was fallen then, of course, but now it seems ridiculously hard for young people to marry well.  One of the many reasons is the advice given by feminists like Facebook’s Sheryl Sandberg:

“When looking for a life partner, my advice to women is date all of them: the bad boys, the cool boys, the commitment-phobic boys, the crazy boys. But do not marry them. The things that make the bad boys sexy do not make them good husbands. When it comes time to settle down, find someone who wants an equal partner. Someone who thinks women should be smart, opinionated and ambitious. Someone who values fairness and expects or, even better, wants to do his share in the home. These men exist and, trust me, over time, nothing is sexier.”

Side note: The entire article mentioned children once, and that had the caveat about “if” you have them.

So Sheryl thinks that females should have sex with lots of different guys before marrying — i.e, be sluts.  And make no mistake, when she says “date” she means “have sex with.”  She even uses the words sexy and sexier.  That’s horrific and evil advice.  And it is false, because no matter how many times she repeats it, women don’t find beta men sexy at all.  It is like drinking saltwater: Men are told to be subservient to women, and when it doesn’t work they do it even more, with disastrous consequences.

Fact: Men do not want women who have slept around.  Feminists lie and say that men don’t care, but that’s poisonous advice.  When it comes to marriage, high value men will always choose someone younger, prettier, debt-free, chaste, tattoo-free, etc.

When women sleep around in their teens and 20’s:

Ladies, don’t ruin your lives by listening to Sheryl Sandberg instead of God.  Your best path is to be chaste then marry young to a committed Christian and stay with him for life.  There is a long line of women who slept around in their 20’s under the delusion that they could just marry their pick of guys whenever they wanted to.  They hit the wall and now spend their money on anti-depressants and their time rationalizing why they are OK with being lonely and childless forever.

The 30’s are not the new 20’s, they are a key decade to accomplish things and make good decisions that will greatly impact the rest of your life. 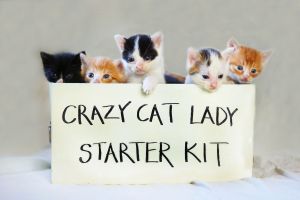 Bonus: Great advice in this video.  People who think they are always the victim will eventually be toxic in relationships.  She’ll start to rationalize that you are the oppressor.  Radical feminists can only survive on college campuses.

If you are surprised or if you don’t care, you are part of the problem.  Via #Facepalm Friday: Gay Methodist Caucus Embraces Promiscuity.

This would seem to confirm the worst suspicions about one of the secret workshops, on “Queer Sexual Ethics,” which was advertised as “broaden[ing] discussions of same-sex love to include sexual lifestyles that had been marginalised through a concentration on things like marriage rights” and accepting “a variety of alternate sexual styles.” The leader, Theodore Jennings of the United Church of Christ’s Chicago Theological Seminary, is probably most notorious for asserting that Jesus Christ was homosexually active.

It is striking to see folk in the RMN crowd (at least among themselves) pushing the logic of their movement’s rejection of biblical sexual boundaries to the extreme of embracing promiscuity and even prostitution.

But this does challenge the naiveté of fooling ourselves into thinking that church embrace of the LGBT activist agenda involves no more than same-sex couples celebrating “holy union” services, remaining strictly celibate beforehand, and staying monogamously committed for life thereafter.

False teachers pretend to just want “equality” for allegedly monogamous oxymoronic “same-sex marriage,” but if you keep them talking long enough you’ll find that they mock God across the spectrum.  They progressively reveal more of their anti-biblical teachings and they sometimes get caught saying the truth in private.  But give it a few more years and they’ll be preaching this from the pulpit.

Your denomination should kick them out, today.  This is one of the many reasons I left the Methodist Church.

Maureen Dowd wrote Their Dangerous Swagger about some reprehensible behavior by some high school boys.

It was set up like a fantasy football league draft. The height, weight and performance statistics of the draftees were offered to decide who would make the cut and who would emerge as the No. 1 pick.

But the players in this predatory game were not famous N.F.L. stars. They were unwitting girls about to start high school.

A group of soon-to-be freshmen boys at Landon, an elite private grade school and high school for boys in the wealthy Washington suburb of Montgomery County, Md., was drafting local girls.

One team was called “The Southside Slampigs,” and one boy dubbed his team with crude street slang for drug-addicted prostitutes.

Before they got caught last summer, the boys had planned an “opening day party,” complete with T-shirts, where the mission was to invite the drafted girls and, unbeknownst to them, score points by trying to rack up as many sexual encounters with the young women as possible.

“They evidently got points for first, second and third base,” said one outraged father of a drafted girl. “They were going to have parties and tally up the points, and money was going to be exchanged at the end of the season.” He said that the boys would also have earned points for “schmoozing with the parents.”

Another parent was equally appalled: “I think the girls felt like they were getting targeted, that this was some big game. Talk about using people. It doesn’t get much worse than that.”

Landon is where the sons of many prominent members of the community are sent to learn “the code of character,” where “a Landon man” is part of a “true Brotherhood” and is known for his good word, respect and honesty. The school’s Web site boasts about the Landon Civility Code; boys are expected to “work together to eliminate all forms of disrespect” and “respect one another and our surroundings in our decorum, appearance, and interactions.”

Time for a curriculum overhaul. Young men everywhere must be taught, beyond platitudes, that young women are not prey.

I completely agree with the problems she identified and that women — young or old — should not be considered prey.

But where is Ms. Dowd’s grounding for such complaints?  How can a pro-Planned Parenthood person be surprised at such coarse behavior?  They have spent decades and millions of dollars teaching our youth that you can have sex without consequences if you are careful enough, that you can hide the evidence (i.e., abortion) if something goes wrong and that even if you end up HIV positive you don’t have to tell your sex partners.  They tell kids to ignore their parents and their religion and just have sex when they think they are ready — which, not surprisingly, is the same time as when they want to have sex.

It is extremely well documented that Planned Parenthood hides statutory rape, so if Dowd really cares about these teenage girls she might want to speak up about that as well.

Dowd is correct to point out the despicable behavior of the boys.  What she misses is that she has been part of the problem.  She and all the Planned Parenthood-types successfully taught kids that sex is a recreational activity and that any relation to marriage or creating new life is purely coincidental.  Looks like these boys were listening.

Some people think we should push condoms more to prevent diseases and pregnancies.  Organizations like Planned Parenthood encourage kids to have sex whenever they want and with whomever they want, but only if they use condoms.  Guess which parts of that advice kids are likely to follow and which part they’ll ignore?

These “experts” act like kids don’t know how to use condoms.  Yeah, there are some dense kids out there.  But seriously, do people really think it is that complicated?  The directions are right on the box.

Yes, I know that technically if kids are going to have sex no matter what that a condom would reduce the chance of pregnancy and disease.  But here are some reasons pushing condoms on kids is a bad idea:

Would these progressive folks encourage kids to safely use tobacco, drugs, alcohol, etc. since “kids will do it anyway?”

Keep in mind that I’m not saying to ban condoms or not to mention their existence to teens.  I just think that the condom-pushing types are dispensing some really, really bad and un-Christian advice.

Few people have time to write, address, stamp and mail letters to complain to advertisers on offensive shows. But one of the good things about the Internet and email is the ability to influence businesses who are promoting anti-family messages.

Use these tools for effective “two-click complaining.” These groups have had a lot of success in cleaning up TV and other media. They send periodic emails to you, then you modify a pre-written email message and send it to advertisers (or just send it as-is). They are spam-free.