Better The Company Of Wise Idiots Than Intelligent Fools — Wisdom about wisdom.

It wasn’t the guys. for example, who mow your lawn, or who repair your car that first dreamed up the folly of two men marrying each other, or that wearing a dress makes a man a woman

Bill Gates Defends Communist Chinese Government; Says It ‘Did A Lot Of Things Right’ While US Acted ‘Poorly’ — Sickening.  Yeah, China just never stops lying, disappears whistleblowers, profiteered from the pandemic, etc., and Bill definitely isn’t just trying to prop up the WHO to save his reputation . . .

The video normal people have been waiting for: Thanks, celebrities — I hope that one of the good byproducts of the pandemic is that people scale back the worship of celebrities and athletes.

A lot of celebrities seem to imagine (see what I did there) that we want them to shoehorn themselves into this crisis to offer advice or entertainment. But when people are dealing with the loss of jobs, a death in the family, etc. it comes off looking really out of touch. There’s a combination of navel gazing and not-so-subtle humble-bragging about their fabulous wealth and fabulous friends in many of these clips which ought to embarrass them. But somehow it doesn’t.

Overall, you get the sense that for a lot of these people the most important thing is that we not forget about them. No, it’s worse than that. They not only want to be remembered, they want to be important and applauded no matter what else is going on in the world. It’s pretty repulsive.

Good for him, using actual facts and logic.  Paying people who haven’t lost jobs was stupid (as was making it more profitable to be unemployed than to be employed).  The virus is less lethal than thought.  There is no reason to shut down the country and hand out our grandchildren’s money.

Too Many Women Today Want a Marriage Where The Man Makes Commitments While They Promise Nothing — Yep. Things have changed.  I can see why men are much more skeptical about marriage.

But women today reject the idea that they should be bound by any of the traditional promises for women. She expects him to do half the housework. The idea that she should give him sex if she doesn’t feel like it is considered equivalent to rape. She can’t be expected to support his career: she has her own. And of course, if she decides that the relationship no longer meets her needs, she can leave at any time for any reason or no reason. And he is then obligated to pay alimony and child support.

CNN finally covers Larry King clip in which Biden accuser’s mother purportedly alludes to daughter’s sexual assault — There are countless reasons that CNN is nothing but shameless Leftist hackery, but this is a hall-of-fame reason: 700 stories about Kavanaugh within the first few weeks of the story breaking and 1 on Reade.  And even many Leftists concede that Reade’s case is far superior to Ford’s.

Lesson learned: Trump said that women would let you touch them if you are rich and famous.  Clinton and Biden showed that if you are a Democrat you can touch them against their will.

The resurfaced CNN clip from 1993 appeared to show Reade’s mother alluding to “problems” her daughter faced while working as a staffer for the then-Delaware senator. Reade later told Fox News it was indeed the voice of her mother on the clip. Biden’s presidential campaign has adamantly denied Reade’s allegations but the video could be cited as evidence supporting Reade’s allegation – even though her late mother, in the clip, does not specifically refer to a sexual assault claim.

CNN did not immediately respond to a series of questions, including whether the network knew the footage existed.

“Larry King may have had the biggest scoop of his CNN career this evening … And it’s an open question whether his former employer will say a word about it,” New York Post reporter Jon Levine tweeted.

And from another article on the topic, fancy this:

The National Organization for Women (NOW) also did not respond to comments from Fox News. The offices of Sens. Elizabeth Warren, D-Mass., Amy Klobuchar, D-Minn., and Sen. Kamala Harris, D-Calif., former 2020 hopefuls who have been floated as possible VP picks for Biden, did not respond to requests for comment about the latest development.

Normally it isn’t safe getting between those ghouls and a microphone, but now they are silent?  What hypocrites!

And then there are the shrill, hypocritical harpies from The View — ‘The View’ ignores Tara Reade’s Biden allegations after championing Kavanaugh accusers.  They went off 24×7 in the most ridiculous ways on the spurious Kavanaugh claims, but are silent on Reade.  Same for Pelosi, Shumer, et al.  Go figure.

And note that Biden’s denial immediately segues to the pro-woman legislation he has advanced and pretends he doesn’t have a well-documented track record of inappropriate touching.  They know they can’t say, “He’s never done anything like that before!”, so they switch the category.

Whitmer: I don’t know how we awarded that contract to my campaign vendor who just went dark — Sure, sweetheart.

On Tuesday the Whitmer administration terminated a door-to-door pandemic tracing contract awarded to Great Lakes Community Engagement, an organization led by Kolehouse, just one day after its announcement. Within 24 hours of the cancellation, Kolehouse, who was set to take in nearly $200,000 in the deal, took down the website for his consulting firm, K2K strategies, as well as his Twitter, Facebook, and LinkedIn accounts. He did not return multiple requests for comment from the Washington Free Beacon and declined to answer questions about the contract, which would have tasked him with collecting sensitive health data, from the Washington Post and Crain’s Detroit.

Sexual Abuse in Schools — This site tracks countless examples.  One more reason to home school.  I think this will just get worse and worse in our porn-driven culture. 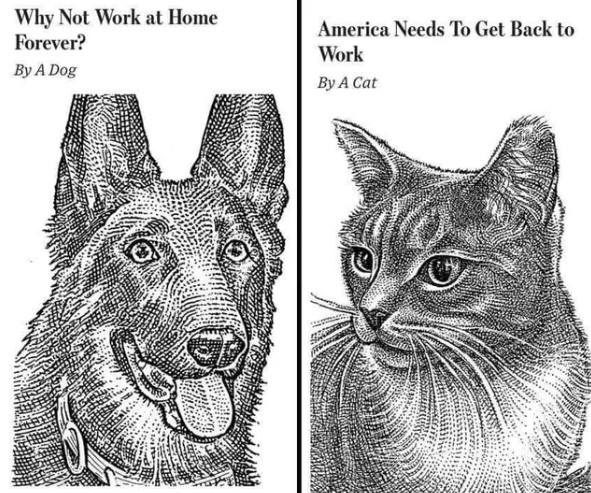