No, wait, that isn’t how it went.  It was more like this:

1 Kings 3:5–12 At Gibeon the Lord appeared to Solomon in a dream by night, and God said, “Ask what I shall give you.” And Solomon said, “You have shown great and steadfast love to your servant David my father, because he walked before you in faithfulness, in righteousness, and in uprightness of heart toward you. And you have kept for him this great and steadfast love and have given him a son to sit on his throne this day. And now, O Lord my God, you have made your servant king in place of David my father, although I am but a little child. I do not know how to go out or come in. And your servant is in the midst of your people whom you have chosen, a great people, too many to be numbered or counted for multitude. Give your servant therefore an understanding mind to govern your people, that I may discern between good and evil, for who is able to govern this your great people?” It pleased the Lord that Solomon had asked this. And God said to him, “Because you have asked this, and have not asked for yourself long life or riches or the life of your enemies, but have asked for yourself understanding to discern what is right, behold, I now do according to your word. Behold, I give you a wise and discerning mind, so that none like you has been before you and none like you shall arise after you.

Far too many Christians turn to un-biblical thinking when it comes to Decision making and the will of God (click the link to a set of PowerPoint slides on the topic).  They think they have to look for little clues that God leaves them, as if that is a biblical style of communication from the Lord.  It isn’t.

Consider what Solomon asked for: Wisdom and discernment to make good decisions.  He didn’t ask God to come make every decision and tell him what to do.

When God spoke in the Bible He was very clear.  People didn’t wonder if the message was from him or not.  So ask God for wisdom and discernment.  Read Proverbs — and the rest of the Bible — a lot.  Seek wise counsel.  Choose what is moral and wise, then feel free to apply your personal preferences.  Enjoy the freedom you have in Christ!

If God wants to give you a sign it will be unmistakable, but He isn’t obligated to do so and the occurrences are rare.  Oh, and the burden of proof is on those claiming revelation from God.

From Stand to Reason:

From elsewhere on the Interwebs (sources unknown — these were Facebook memes). 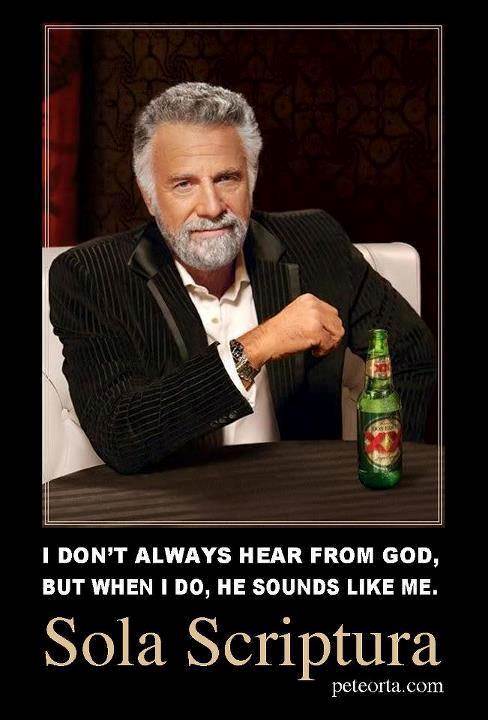 A favorite updated for your reading pleasure.

According to the Bible, a Christian should only marry a person who is:

Item 3 used to be self-evident (and still is, for most of us), but we had to add it to the list a few years back.

That’s it. Despite the stereotype that the Bible is just a giant rule book, many things are very simple.

The key constraint is usually item 1: The future spouse must be a Christian.  Ignoring God’s clear direction on this is a bad idea.  Just because God might ultimately bless it doesn’t mean He is obligated to.  That’s why it is called grace.  (Full disclosure: It is possible that my wife violated guideline #1 in marrying me.  Fortunately, she lost the receipt so she can’t return me now.)

“Missionary dating” (that is, dating someone in hopes of converting them) is un-Biblical, as it is based on false pretenses.  God might bless your relationship and your spouse might become a Christian, but there are no guarantees of that in scripture.  You just don’t want to start your marriage in clear violation of one of God’s commands.

Marrying someone outside your faith is problematic.  You will have vastly different views on what should be the most important part of your life.  It will send a horrible message to your children, namely that you and your spouse thought it was important to agree on where to live, how many kids to have, where to vacation, what to eat, etc., but it wasn’t important for you to have even a general agreement on who God is and how that should impact your lives.

A good Christian friend realized the error of his ways and broke off a relationship with a non-Christian.  It was pretty painful, but certain things validated why he needed to make the break: She specifically tempted him to deny his God, “Just this once” – proof enough as to why such relationships are a bad idea.

Sadly, I know countless church-going parents who don’t teach their kids to only date Christians, and who think little or nothing of their kids marrying non-Christians.  And countless pastors officiate at these ceremonies without ever counseling people about what God says.

Of course, just because it is moral to marry someone doesn’t mean it it wise.  There is a lot of wisdom and advice about how and whether to marry in the book of Proverbs and in 1 Corinthians 7, among other places.  These passages were directed to Solomon’s son but they apply to both sexes.

Proverbs 12:4 A wife of noble character is her husband’s crown, but a disgraceful wife is like decay in his bones.

Proverbs 21:9 Better to live on a corner of the roof than share a house with a quarrelsome wife.

Proverbs 21:19 Better to live in a desert than with a quarrelsome and ill-tempered wife.

Proverbs 27:15 A quarrelsome wife is like a constant dripping on a rainy day;

Proverbs 31:10 A wife of noble character who can find? She is worth far more than rubies.

I just went through The Song of Solomon as part of my “read the Bible in a year” program and couldn’t help but notice that:

1. The love story involved one man and one woman.

2. The man seemed to know he was a man, didn’t question it and had certain manly traits and roles.

3. The women seemed to know that she was a woman, didn’t question it and had certain womanly traits and roles.

4. There wasn’t even a hint in this iconic book on romance of relationships between two men, two women, transgenderism, etc.

5. Despite their obvious passion for each other, the theme of waiting until marriage for sex was repeated at least four times:

Solomon 3:5 I adjure you, O daughters of Jerusalem,
by the gazelles or the does of the field,
that you not stir up or awaken love
until it pleases.

How politically incorrect!  I wonder how the theological Liberals deal with this work (other than immediately denying that it is God-inspired).  After all, they teach that homosexual, bi-sexual, transgender, etc. are preferences assigned by God.  It seems odd that He wouldn’t have been more inclusive.

And they also support the Planned Parenthood mantra of waiting to have sex until you are ready, and ignoring what your parents and religion have to say (Shockingly enough, kids tend to decide they are “ready” when they really, really want to have sex.  And then lots of disease and unplanned pregnancies happen.  Go figure!)

Seriously, it is a great book.  Sex is “God’s wedding present,” a truly great thing designed for a life-long relationship between one man and one woman. 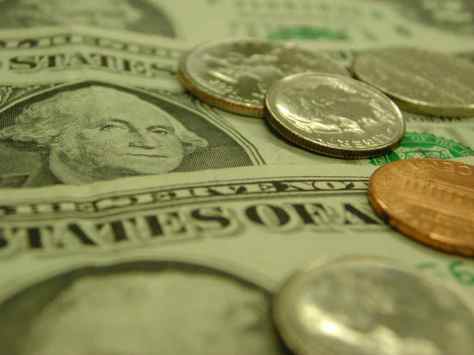 False teachers* like to preach about how often the Bible speaks about money.  That is technically true, but they miss the larger points.

They also love to say how budgets are moral documents.  Again, this is true in a sense, but they ignore that it is immoral to tax those who can’t vote or haven’t even been born to allegedly help people today.

Also notice how they never preach on topics like Solomon and his son over-taxing the people and the drastic consequences that resulted.

2 Chronicles 10 (ESV) Rehoboam went to Shechem, for all Israel had come to Shechem to make him king. And as soon as Jeroboam the son of Nebat heard of it (for he was in Egypt, where he had fled from King Solomon), then Jeroboam returned from Egypt. And they sent and called him. And Jeroboam and all Israel came and said to Rehoboam, “Your father made our yoke heavy. Now therefore lighten the hard service of your father and his heavy yoke on us, and we will serve you.” He said to them, “Come to me again in three days.” So the people went away.

Then King Rehoboam took counsel with the old men, who had stood before Solomon his father while he was yet alive, saying, “How do you advise me to answer this people?” And they said to him, “If you will be good to this people and please them and speak good words to them, then they will be your servants forever.” But he abandoned the counsel that the old men gave him, and took counsel with the young men who had grown up with him and stood before him. And he said to them, “What do you advise that we answer this people who have said to me, ‘Lighten the yoke that your father put on us’?” And the young men who had grown up with him said to him, “Thus shall you speak to the people who said to you, ‘Your father made our yoke heavy, but you lighten it for us’; thus shall you say to them, ‘My little finger is thicker than my father’s thighs. And now, whereas my father laid on you a heavy yoke, I will add to your yoke. My father disciplined you with whips, but I will discipline you with scorpions.’ ”

So Jeroboam and all the people came to Rehoboam the third day, as the king said, “Come to me again the third day.” And the king answered them harshly; and forsaking the counsel of the old men, King Rehoboam spoke to them according to the counsel of the young men, saying, “My father made your yoke heavy, but I will add to it. My father disciplined you with whips, but I will discipline you with scorpions.” So the king did not listen to the people, for it was a turn of affairs brought about by God that the LORD might fulfill his word, which he spoke by Ahijah the Shilonite to Jeroboam the son of Nebat.

And when all Israel saw that the king did not listen to them, the people answered the king, “What portion have we in David? We have no inheritance in the son of Jesse. Each of you to your tents, O Israel! Look now to your own house, David.” So all Israel went to their tents. But Rehoboam reigned over the people of Israel who lived in the cities of Judah. Then King Rehoboam sent Hadoram, who was taskmaster over the forced labor, and the people of Israel stoned him to death with stones. And King Rehoboam quickly mounted his chariot to flee to Jerusalem. So Israel has been in rebellion against the house of David to this day.