Still a great day to be a Christian!  Hope you are all well.  What are you doing to stay busy?  Gorgeous day yesterday – was able to sit on the porch, play a little guitar, talk to passing neighbors without getting too close, read, etc.  Trying to keep a normal routine of Bible reading, Bible verse memorization, working out, etc.  We were able to go to our ballroom dance studio to practice, which was nice (group lessons are canceled and we stopped private lessons for now, but we had the entire upstairs floor to ourselves — 100x safer than the grocery store!).

Hopefully your church is streaming your services, but if not, you can join us here at 10:45 AM or 6:00 PM (EST) — https://christcovenant.org/

Aaaaaaand . . . political correctness and virtue signaling are still deadly.  Yet that’s what the Dems are doing here.

Ohio halts “nonessential” abortions during COVID-19 crisis — Sort of.  The Molech-worshiping ghouls of Planned Parenthood et al will continue to find loopholes to kill children.  After all, they say that child-murder is essential – especially when we are trying to save lives from this virus, or something.

Biden plans to come out and second guess Trump every day.  Hopefully people will recognize that for the shameless attention getting politics that it is, and it will backfire like most of the other Trump-hating strategies of these deranged people.

Regulations kills jobs.  The real minimum wage is always zero.  California killed freelance.  The Leftists keep telling themselves that they are helping workers, but they always make things worse.   They do it because they are controlled by unions.

Madness: Teachers Accuse NYC Schools of Covering Up Chinese Coronavirus Threat — Yikes.  And yet another reason to get out of government schools.  You can see how much they care about the students.  Oh, and they are all Democrats, all the time.

The information freeze started March 10, when Carranza, in an email obtained by The Post, told administrators not to alert city health officials about COVID-19 cases among students or staff.
“At the moment, there is no reason for any school to call [the Health Department] to report potential or confirmed cases,” Carranza wrote, repeating the statement later in the same email. . . .
At several campuses and DOE offices citywide, multiple staffers have tested positive but affected buildings remained open while workers, students and parents were kept in the dark, whistleblowers said.
At the Grand Street campus in Williamsburg, which houses three high schools, a teacher returned from a trip to China over the February break. Despite reports of the outbreak, the teacher did not self-quarantine, but returned to teach kids in all three schools Feb. 26 through Feb. 29, a staffer said.
The teacher then became sick and stopped working. The school was not closed, and employees were not notified, insiders said.
Up to four other staffers have since become sick, they said.

This is sheer madness. Why would a teacher travel to China at a time when this dangerous virus outbreak was going on there? I mean, Trump shut off incoming flights from China on Feb. 3, and yet this Brooklyn teacher went to China nearly three weeks later, and taught for four days before falling ill? And then — to add insult to injury — the city’s department of education suppressed the information about this COVID-19 case? This is criminal negligence. Hell, it’s nearly manslaughter!

Eugene Gu: a history of abuse behind the social justice personality — So the Trump-hating “doctor” (no longer licensed) is just a creepy fraud?  No wonder the Left quotes him so reflexively.  Among other things, he Tweeted from a fake female account to attack others and make himself look more prominent.  What a pathetic SJW.

Before I spoke to Allison, I had noticed unsettling tweets from Mary Laury’s profile, too. I was writing a profile on Gu, and I’d been trying to get in touch with some of his critics. Though I agreed with Gu’s left-leaning political views, it was clear most media coverage of him was very one-sided: they only told Gu’s story, the one that made him out to be a victim and hero. I tweeted at an especially ardent critic, the (now deleted) @NefariousMD, asking for his perspective on Gu. @NefariousMD often posted screenshots of an unsettling piece of Gu’s past: a series of arrest citations, including filed restraining orders and allegations of domestic violence. I’d come across the allegations early in my research, and asked Gu about it in our interviews. . . .

Allison had told me that she hadn’t wanted to go public with what happened between her and Gu: he was supporting good causes, and she didn’t want to take anything away from that. But discovering the Mary Laury account pushed her over the edge. In July 2017, she tweeted: “I’m freaking out now knowing my ex boyfriend was tormenting me with a fake female account. Sending me DMs obsessing over him, asking intimate details about my sex life, and then trying to convince me they slept together. I’m going to be sick.” She described a man obsessed with his Twitter following, a date that turned into something resembling sexual assault: “He is on top of me, groping me, trying to kiss me as I keep trying to get up and telling him no. Moving my face away from his kisses. He kept saying he wanted to have unprotected sex so he could get me pregnant so I could never leave him. I continued to fight him off until eventually he tired himself out and passed out.”

Calling it the Wuhon or Chinese Coronavirus wasn’t racist or xenophobic at all, until Trump said it. 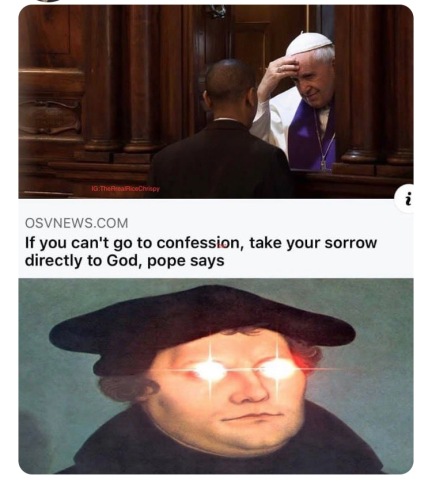 ‘Speaks VOLUMES!’ Chinese ambassador praises Hillary Clinton for standing up for China against Trump criticism — Yep.   China is a totalitarian state that represses their people and free speech.  Hillary and Biden love China.

Prayer for a Pandemic

May we who are merely inconvenienced remember those whose lives are at stake.

May we who have no risk factors remember those most vulnerable.

May we who have the luxury of working from home remember those who must choose between preserving their health or making their rent.

May we who have the flexibility to care for our children when their schools close remember those who have no options.

May we who have to cancel our trips remember those who have no safe place to go.

May we who are losing our margin money in the tumult of the economic market remember those who have no margin at all.

May we who settle in for a quarantine at home remember those who have no home.

As fear grips our country, let us choose love.

During this time when we cannot physically wrap our arms around each other, let us yet find ways to be loving embrace of God to our neighbors.