Venezuelan describes daily life in his country: ‘My Socialism Nightmare’ — Is there a political party in the U.S. that is anti-police?  Asking for a friend.

It’s not just the health system that has collapsed, it’s also the police. “No one ever is going to invest in Venezuela if there is no police,” he explained. “If you get robbed and you cannot tell anyone, who is going to put their money in jeopardy like that?” he said. Monagas said his own mother was kidnapped when he was 12 years old by men who took her to a city several hours away, tied her up, stole her car and credit cards. People in Venezuela rarely go to the police because they know they are corrupt. 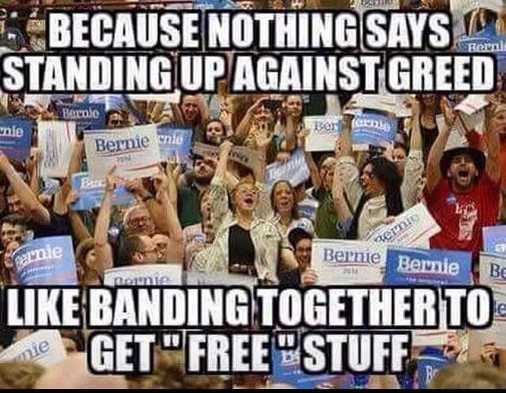 John MacArthur Warned Moody Years Ago About James MacDonald, Emails Reveal  — Good for MacArthur and Julie Roys (the journalist doing great work) and bad for all those Moody and Harvest people who propped up MacDonald.  One of the links had a video taken before MacDonald was fired.  It was a group of sycophantic elders shaming and slandering some elders who had left because they didn’t approve of MacDonald’s behavior.

Survey of UK art world finds ‘a quagmire of wokeness’ rife with ‘coercion, bullying, intimidation and intolerance’ — Leftist thinking ruins everything it touches.

Study: Most journalists are to the left of Bernie Sanders (but don’t worry they’re totally fair) — this explains lots.

How To Control Your Lust – interesting article from a former “player.”

UK: Hospitals to Deny Care to “Racist” or “Homophobic” Patients — Coming soon to a country near you.  Gee, what could go wrong with giving the government sole control over your health care?

Mike Bloomberg Says Farmers Aren’t Smart Enough To Code  – When he’s not busy making racist (by Dem standards) and sexist comments he insults smart, hard-working people.  Yet he is still buying the nomination because Leftists love money even more than they accuse conservatives of loving it.

More Evidence Jesus Was A Socialist: New Passages Say He Fed The 5000 By Robbing A Nearby Village | The Babylon Bee

Genius: Church Introvert Wears Mask So People Will Think He Has Coronavirus | The Babylon Bee