10 Habits of Financially Successful People — Good tips.  They worked for me.

Woman reportedly shot after dog steps on gun — These things happen!  Years ago our dog jumped on my daughter’s laptop and accidentally submitted her online Economics test.  Spoiler alert: She passed!  Or the dog did . . .  Who is better at economics: Leftists or my dogs?

Perry Stone Explains Why He was “Speaking in Tongues” While Texting on Phone — What a farce.  The sad thing is that the only people who will believe his lame excuses are those that followed him to begin with.

Get Woke, Go Broke: Dick’s Sporting Goods — These foolish leaders just don’t learn.  And it gets worse: By destroying lots of perfectly good guns, they just created even more business for the gun manufacturers.

IG Stonewalled Congress On Backdated Whistleblower Rule Changes — The Democrats are so ham-fisted with this.  They aren’t even trying any longer, because they know the media will cover for them and not let voters know these simple truths.

As The Federalist reported and the Intelligence Community Inspector General (ICIG) confirmed, the spy watchdog secretly changed its whistleblower forms and internal rules in September to eliminate a requirement that whistleblowers provide first-hand evidence to support any allegations of wrongdoing. In a press release last week, the ICIG confessed that it changed its rules in response to an anti-Trump complaint filed on August 12. That complaint, which was declassified and released by President Donald Trump in September, was based entirely on second-hand information, much of which was shown to be false following the declassification and release of a telephone conversation between Trump and Ukrainian President Volodymyr Zelensky. . . .

An employment tribunal ruled that the DWP was within its rights to terminate Mackereth. The ruling declared: “Belief in Genesis 1:27, lack of belief in transgenderism and conscientious objection to transgenderism in our judgement are incompatible with human dignity and conflict with the fundamental rights of others, specifically here, transgender individuals.”

Why the Red Letter Christian Movement Is Not Growing — That’s good news that this “Christian” Leftist movement isn’t growing. And it was a great admission from wolf Tony Campolo that the movement is not well versed in scripture!

“Red letter Christians” tip their hands at their foundational error. Jesus is God and is in agreement with all of scripture. He quoted the Old Testament extensively, and referred to its most controversial elements without apology: Sodom & Gomorrah, Adam and Eve, Noah, Jonah, etc.  He affirmed the Old Testament and authorized the New Testament.

And Jesus didn’t hand-write the Gospels. They authors had some eyewitness accounts and some reliable second-hand accounts, just like the epistles. And all were inspired by God.

The “red letter” Christians are nearly always false teachers who pretend that the only words of the Bible that really matter are direct quotes of Jesus (i.e., the words that are printed in red in some Bibles). Their logic fails on many levels, and they can’t even get their own pet verses right.

If they were the least bit consistent they’d agree with Jesus’ “red letters” that say you should live on all the letters. Matthew 4:4 But he answered, “It is written, “ ‘Man shall not live by bread alone, but by every word that comes from the mouth of God.’ ”

The red letters say to live on all the letters. Why don’t they obey that simple teaching?

The “red letters” crowd is full of nonsensical hypocrites.

Bipartisan consensus: Shame on the NBA for selling out democracy to China — Glad these politicians agree on something!  The NBA is so shameful and greedy.  One more reason not to give them any $$.  Also see Yes, boycott the garbage NBA over its China a**-kissing; Update: South Park “apologizes” to China

Records show Warren lied in claiming that she was fired from her teaching job for being pregnant – At least the third time Warren has been caught in a serious, extended-play lie, but also consider the media complicity.  Why didn’t they discover this and why are they ignoring it now? 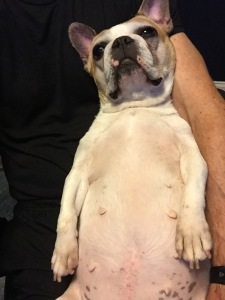