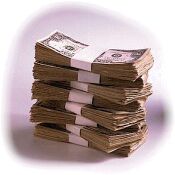 The tax bill in particular and Trump’s other economic initiatives in general (such as reducing regulations) are dramatically improving the financial situation of the entire country.  Nearly everyone benefits from one or more of these:

Also, while we don’t have a wall yet, illegal immigration is down and that will provide more jobs to citizens and help increase wages.   And the tax bill gutted Obamacare by eliminating the individual mandate.

This is all so spectacularly good for everyone — except the radical Leftists who hate Trump so much that they’d deny these amazing benefits to the people they claim to care about.

The Left will go on hating Trump and get even more unhinged, but how do you think all those people getting tax cuts, pay raises and fatter retirement accounts will feel?  Hopefully they’ll realize that Republicans have always been the adults in the room on economics. and that the Left has not only been lying to them but that they never really cared about them to begin with.  The Republicans can campaign on having kept some major promises.