For starters, a little Ohio State vs. Michigan battle (of course OSU dominates):

Forget Cat Photos: This Prof Is Making Calculus Go Viral — I love the concept of online classes like this and how it could revolutionize education.  A great example from Ohio State:

Two years ago, when the online-education craze got started, big-name professors began cranking out videos about hot topics such as cryptography or startup engineering. Left in the dust was the old-fashioned mathematics class that no one wanted to teach online: calculus.

Then Jim Fowler entered the picture. The 33-year-old assistant math professor at Ohio State has always been on a one-man crusade to make secants sexy and integrals irresistible. After videoing a batch of calculus lectures over December 2012, Fowler won a go-ahead one month later to roll out his course via Coursera, a leading provider of massive open online classes, or MOOCs.

Against the odds, Fowler’s geeky, high-energy style has become a global crowd-pleaser. The man in the untucked plaid shirt doesn’t just write equations on a chalkboard, he also greets online students with a deep-voiced imitation of a Lord of the Rings character, declaring: “One does not simply walk into calculus!” Soon afterward glowing images of curves and solids appear. Thanks to nifty video editing, these creations devour his desk and jump in front of his face. To help students sense the “wow” factor of some techniques, he slips in a kicky musical soundtrack as lecture ideas reach their culmination.

You WILL Have Sex When Requested — Now to Michigan, where the Wolverines have taken bedroom management to new heights of ridiculousness.  Yet these same people will go into full freak-out mode if you suggest that maybe — just maybe! — it would help the situation if women didn’t get falling-down-drunk at frat parties and bars.

I wonder how many husbands will call the U of M to tell them how violent and abusive their wives have been . . .

The University of Michigan has released a list of relationship behaviors that it considers violent and abusive — including “withholding sex.”

“Discounting the partner’s feelings regarding sex,” “criticizing the partner sexually,” and “having sex with other people” are also examples of “sexual violence,” according to the list.

The school also offers definitions of domestic abuse. Under the section for “verbal or psychological abuse,” it states that not only is “insulting the partner” considered “abuse,” so is “ignoring the partner’s feelings.”

Stay-at-home mothers ‘have the most worthwhile lives’ — Good for them!

How to Switch to Paying Cash for Your Car – The Simple Dollar — Learn to beat the cycle!  You’ll be so happy you did.  Some discipline for a few years leads to zero car payments forever.

Darwinists thought whale hips were accidents of evolution, then science happened — This would be a yawner because it happens so often, except that the Darwinists still control schools and more.

Another win for reason in the long war between science and naturalistic philosophy.

Uber Rich Man With Yachts and Planes Lectures World About Global Warming — The sickening hypocrisy of “climate change” leaders and the sad way their followers don’t catch on.

It’s what happens to gun owners and freedom when a lawless, leftwing, socialist president who doesn’t like America, who uses the power of his office to intimidate his political opponents, and who will do nearly anything to preserve his power gets elected.  On Sunday, Nicholas Maduro, the president of Venezuela, announced that he will spend $47 million for 60 civilian disarmament centers, where people can turn in their privately owned guns.  Venezuela banned the commercial sale of guns in 2012, and Maduro–continuing the fundamental transformation of the country begun by his predecessor, Hugo Chavez–now says “We are building peace from within, and for that, you need disarmament.”

Behind the Increase in HIV Infections Among Gay and Bisexual Men – Washington Wire – WSJ — If you really love people you’ll warn them that the gay lifestyle is a coin flip away from getting HIV.

The Liberal Entitlement Mentality – Summed Up In Christina – Chicks on the Right — This is what a welfare state leads to.

Christina is a chick who lives in the UK, and like many people in the UK who sponge off taxpayers, she feels she’s entitled to everything she has provided by all those working suckers – and that entitlement currently stands at around 40K US bucks a year – give or take.  She’s 26 years old, has two kids from two different fathers, she’s obese, and now she wants taxpayers to help her become NOT obese.  Because that’s ALSO their responsibility.  You know.

She feels her only hope is for the government to give her more money so she can afford to buy fruit and vegetables and join a gym.

She also believes she should be paid to lose weight as that would give her the motivation to fight the flab.

She said: ‘I need more benefits to eat healthily and exercise. It would be good if the government offered a cash incentive for me to lose weight. I’d like to get £1 for every pound I lose, or healthy food vouchers.

‘If the price of healthy food was lowered that would help, too. I need help, but I need it from the government.’

She added that she can’t get a job to gain more money because she’s needed at home to care for her children, especially as her daughter has attention deficit hyperactivity disorder and issues with her kidneys.

She explained: ‘There’s no way I could get a job. I don’t feel bad about the taxpayer funding my life and my child’s medical problems, because I don’t treat myself or buy anything excessive. I just get enough money to live on – the taxpayers should help fund my diet.’

The media isn’t going to make much of this, but it does show the principal reason WHY law-abiding people should be allowed to own firearms. (H/T Czar B.)

On September 26, an armed company owner intervened in an attack by shooting a former employee who had already beheaded one worker and was stabbing another.

The attack took place at Vaughan Foods in Moore, Oklahoma.

Fox News reports that the alleged attacker, 30-year-old Alton Nolen, drove his car into another car in the parking lot of Vaughan Foods’ parking lot, then entered the business and beheaded 54-year-old Collee Hufford. He was allegedly stabbing a second victim, 43-year-old Traci Johnson, when company owner Mark Vaughan drew the gun he was carrying and shot Nolen.

Vaughan is C.O.O. of the food company and “a reserve county deputy.”

Moore Police Sgt. Jeremy Lewis praised Vaughan’s actions, calling him a “hero.” He said the situation “could have gotten a lot worse” if had not had his gun.

The Associated Press reports that Lewis added: “This was not going to stop if [Vaughan] didn’t stop it.”

Nolen was recently fired from Vaughan Foods. The FBI is “probing whether Nolen’s recent conversion to Islam had anything to do with the attack.” 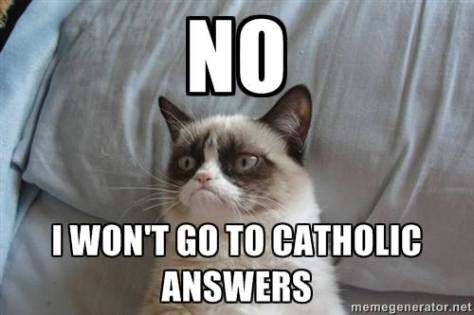