One of the most intriguing things he mentioned was a Planned Parenthood advertisement published in 1964 to promote birth control (click the link or go to the end of this post).  Read the whole thing, then consider this from the Q&A section:

Is it [birth control] an abortion?

Definitely not.  An abortion kills the life of a baby after it has begun.  It is dangerous to your life and health.  It may make you sterile so that when you want a child you cannot have it.  Birth control merely postpones the meaning of life.

There you have it!  Straight from the experts at Planned Parenthood.  Read that again and try not to drown in the irony.

Could it be the sonograms and 4-D ultrasounds?  No, those do more than anything to promote the pro-life view.  Technology is the enemy of pro-legalized-abortionists and it always will be.  They might have gotten away with the “blob of tissue” argument in the 60’s, but not today.  The scientific fact is that life begins at conception.

Could it be the studies showing the impact of abortion on women?  No.  Despite major political pressure, more studies continue to show the adverse impact abortion has on women – both physically and emotionally.

Or could it be the megabucks they make from abortions that caused them to change their minds?!

Folks, always remember that when it comes to abortion, Planned Parenthood had it right the first time:

An abortion kills the life of a baby after it has begun.  It is dangerous to your life and health.

Be sure to quote them on that whenever you can, especially when talking to Christian(?!) pastors who support Planned Parenthood. 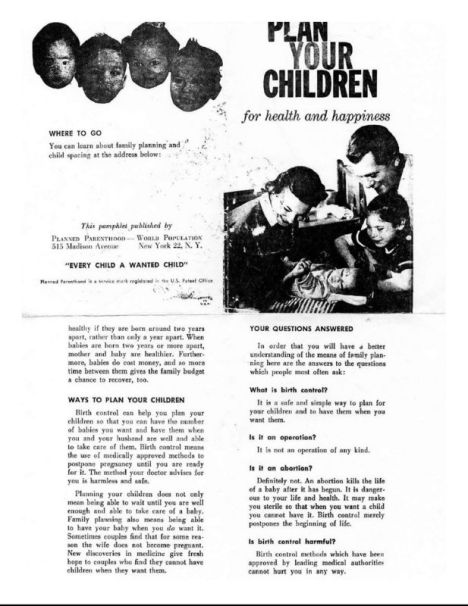